Tag Archives: how to 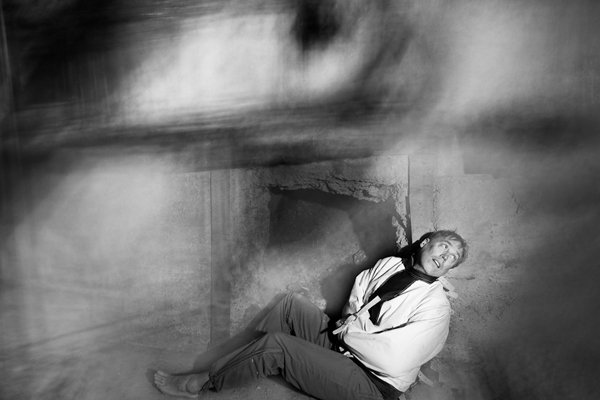 A number of people have asked how I created my Straight Jacket Series of images. The project idea was born out of pure frustration. I was taking a university class on digital photography and had to come up with an idea for my final portfolio. I developed several ideas but my professor kept strongly suggesting that I change those ideas into something else; something for which I had little interest. I spent nearly two weeks developing and shooting ideas that were ultimately rejected. As the time to complete the final portfolio was rapidly approaching, my frustration grew to the point were I was sick with worry and stress.

Then it hit me. I would channel that frustration into the portfolio and I would use a straight jacket to portray my feelings of being trapped, constricted, and forced into an artistic direction that I was not interested in. Once I settled on self portraits and straight jackets, the next step after acquiring a straight jacket (isn’t internet shopping amazing!) was to decide how to portray the inner turmoil that I was feeling.

I’ve always really loved to show movement in photographs. I realized that “movement” could effectively portray the turmoil of inner emotions – that a rapidly moving background could be a metaphor for an agitated mental state. I realized that to emphasize the difference between the “outer” and “inner” states of “being,” I would need to have my body rock-solid in the photo, with the environment spinning out of control.

To create the photo, I set up my digital camera on a tripod with an off camera flash unit and through metering and a little trial and error, I determined the correct camera and flash settings to capture my body once I was in the shot. I then turned off the flash unit, switched the cameras white balance to custom white balance and using a gray card, captured and set the white balance for the light in the room (which was a mixture of tungsten, florescent, and daylight). I metered the scene and set a fairly small aperture to result in a long shutter speed of around 8 seconds (camera on manual exposure of course).

I then took a series of photos, handholding and purposely shaking the camera during the long exposures. Once I felt that I achieved some interesting captures, I then reset the cameras white balance to flash, changed the exposure settings to the previously determined settings, turned on the flash unit, mounted the camera back on the tripod, and aimed and focused the camera to the area where I would be in the shot. A friend then buckled me into the straight jacket and while I rolled around for the camera, he tripped the shutter release. After a few dozen captures, I was released from the all-to-uncomfortable jacket, and the process was then repeated in other locations.

Once in front of the computer, the images were loaded into Lightroom 2 for basic editing including spot removal, and exposure and contrast adjustments. The most effective “motion” capture was then paired with the most interesting body-image capture. The two images were then opened in photoshop and the body-image capture was dragged onto the motion capture image and placed as a layer. A mask was then applied to the body-image layer. Using a paint brush on the mask, areas surrounding the body where painted out, revealing the under laying motion image. The body itself, was carefully avoided to retain a tack sharp appearence.

The resulting image shows the body in flash-freezing stillness, while the surroundings are wildly in motion, showing the inner state of mental turmoil. The full color image was then reimported into Lightroom for editing by the Silver FX Pro plugin by Nik Software. This plugin did the conversion to black and white. The resulting black and white image was then re-opened in Photoshop again for final adjustments of tone and contrast and for printing control. Alternatively, I could have conducted the black and white conversions on the two images before combining them in Photoshop, but then I would not also have a color version.

The color versions were interesting, but ultimately, I felt that the black and white versions provided an additional element of the surreal, to coincide with the surreal nature of the inner mental state being portrayed.